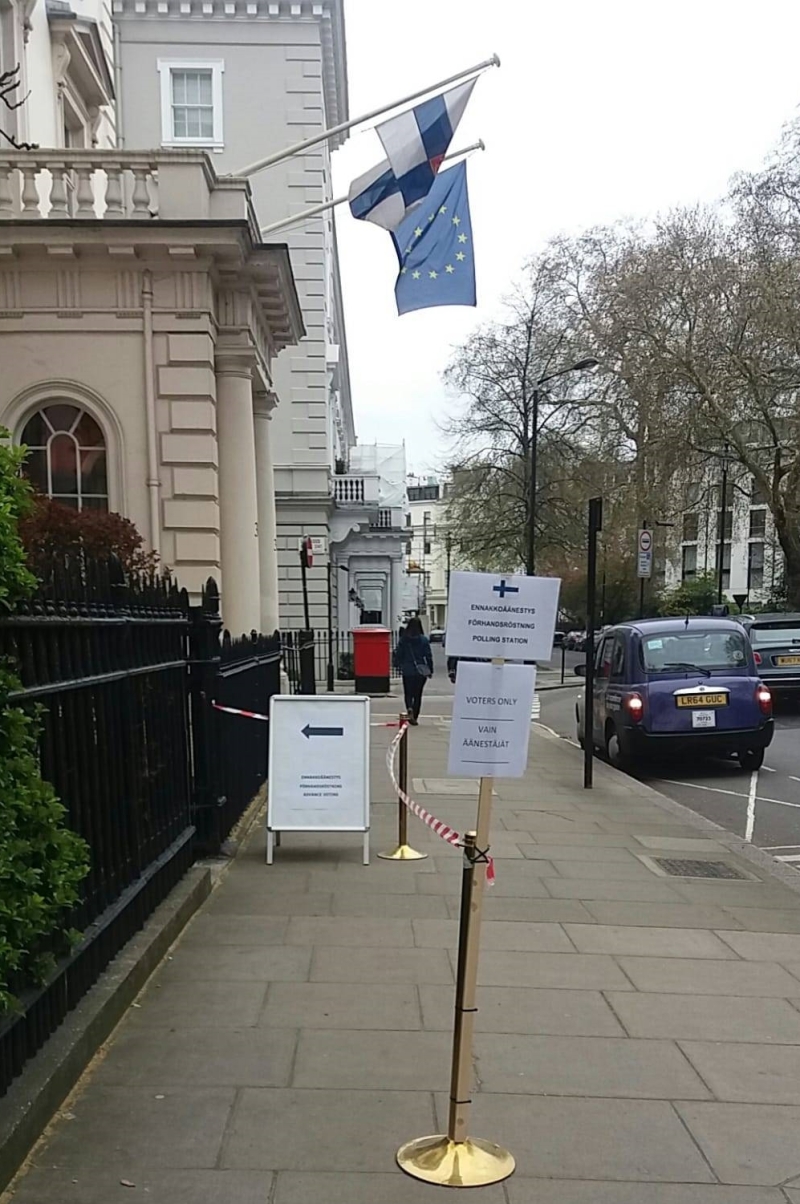 Between the 3rd and 6th of April, polling stations were open across the UK for voters to cast their ballot in the Finnish Parliamentary Elections. From the Embassy in London all the way to Aberdeen, 2494 voters participated in the process, up from 2060 back in 2015. Democracy Volunteers sent teams across the country to observe the process and are currently arriving across Finland to observe the domestic vote on Sunday the 14th.

One of the polling stations was located at the Methodist Church Hall in my hometown of Solihull. This came as a big surprise to me as I was unaware that the hall where I used to go for Cubs and Scouts over a decade ago, was also the home of a Finnish community centre at the weekend. As soon as we entered, we became aware that our prediction of potentially limited turnout, for an election happening far across the continent, was misled. The hall was instead bustling with families meeting over coffee and homemade cakes, spending time as a community after casting their ballots. 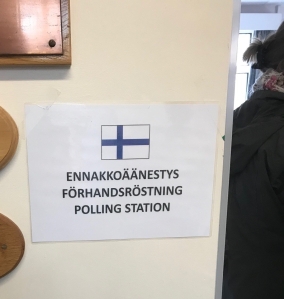 The voting process itself took place in a small room just off the hall, where two polling staff had created their own ballot box and voting booth out of a cardboard box adorned with the Finnish flag and draped in the national colours of Blue and White. After talking to staff and voters in the hall it became clear that the democratic process was one that was celebrated greatly and gave a sense of immense national pride. It is this culture, we were told, that formed the basis of the trust in the system, with unsecured ballot boxes not seen as an issue due to the trusting nature of the community.

There were also interesting differences between the Finnish system and our own, with voters reading through long lists of candidates in the main hall, before writing down their preferred candidate’s number on a blank piece of card in the polling booths. This ensured that queues, for the single booth available, were rare even with the high volume of voters throughout the day. In addition, ballot papers were stamped by the polling staff, to show their legitimacy, before being placed inside an envelope to be sent back to Finland.

Overall the process was rather surreal, the fact that polling for a Finnish election was taking place in my hometown at all was intriguing! After entering, the sense of occasion and celebration within the community was brilliant to see, as was the high turnout, in stark contrast to other elections I’d previously observed. Advanced voting will also take place between the 15th and 18th of May for the European Elections and I look forward to returning to see the celebration of democracy again!

Harry Busz is editor of The Election Observer

This site uses Akismet to reduce spam. Learn how your comment data is processed.