The importance of unimpeded observation 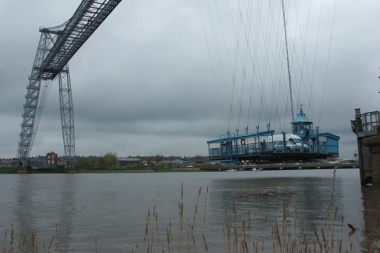 One of the key aspects of effective election observation is that observers may arrive at polling stations unannounced, at any time, during the voting or counting process. The reason for this may seem obvious, but if any observer were to have to inform a polling station of a visit, the actions of polling staff might change and not be a proper representation of their normal conduct.

For this reason, the OSCE/ODIHR notes that in order for an election observation to be credible, unimpeded access is a necessity. Yet, in order to ensure that improper actors are not allowed access to the voting process, all observers must be accredited with official accreditation from the governing body in the nation of the observed election. In the UK this is reflected with photo identification worn on a lanyard for each observer proving accreditation from the Electoral Commission. In order to avoid confusion, councils and returning officers are given up to date advice from the Electoral Commission and polling staff are given a ‘Handbook for polling station staff’ which states that:

‘Representatives of the Electoral Commission and other individuals accredited through the Commission’s official observer scheme are entitled to attend all polling station proceedings. They do not need to give advance notification of where they intend to observe, but every observer must carry photographic identification and should not be allowed to observe proceedings without this’ (2019, p.9).

The importance of unimpeded observation was highlighted to me, whilst on a Democracy Volunteers observation of the Newport-West by-election on the 4th of April 2019. During the day our pairing visited around 8 polling stations until we were challenged by the a polling station manager, who questioned our legitimacy. After calmly explaining our rights to be inside the polling stations, and clearly showing our identification cards, from the Electoral Commission, the officer called over two community support officers who were already outside the station. They swiftly informed the police and after we explained the situation to them, they realised that old handbooks, from 2017, were being used by the council and so our legitimate badges were improperly thought to be illegitimate by polling staff. After we contacted the Electoral Commission directly, they were able to solve the issue and we were able to continue our observation, although we were impeded from accessing more polling stations later in the day, as were our other teams across Newport.

Director of Democracy Volunteers, and long time election observer, John Ault who experienced the whole debacle with me stated, ‘it is unacceptable that a Returning Officer and his top staff are not in possession of the facts about how election observation works in the UK.’

‘This is the first occasion that one of our observations has ever been impeded in our accredited role as Europe’s largest domestic election observation group. It is unacceptable that our volunteer observers have had unreasonable restrictions placed on them by the authority entrusted with the conduct of an election of this importance.

‘I will be writing to the Chief Executive of the council, Will Godfrey, in his role as the Deputy Acting Returning Officer for this election, requiring a complete and unqualified explanation for the unreasonable impediments placed on accredited observers, by the authority in the Newport West by-election.

He continued, ‘it simply beggars belief that the authority responsible for the conduct of an election does not issue its staff with up-to-date, correct, advice on the nature of election observation and the accreditation required to attend polling stations.’

Our three teams were challenged a total of five times throughout the day, sometimes held at length, impeding the work they intended to carry out. Not only is this a contravention of the guidance of the Electoral Commission, but it more importantly, prevents observers from being able to give valuable feedback to officials running elections and ensuring democracy is practiced properly. For this reason, it is crucial that up-to-date guidelines are maintained, and these are distributed properly by councils to their polling station staff, so that issues such as this don’t arise in the future.

This site uses Akismet to reduce spam. Learn how your comment data is processed.